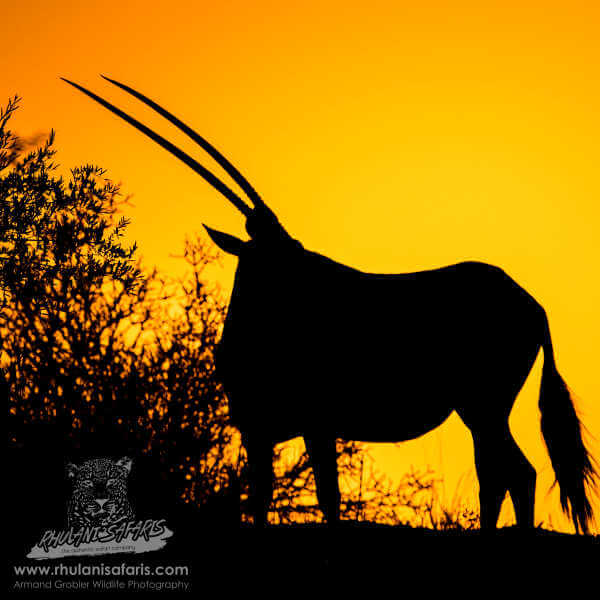 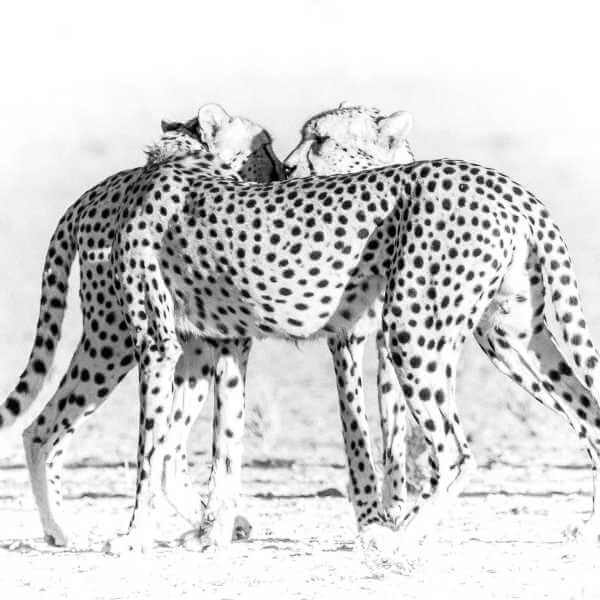 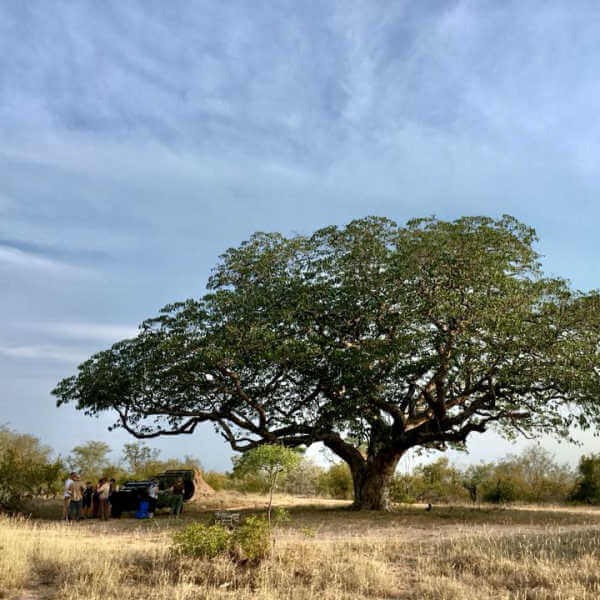 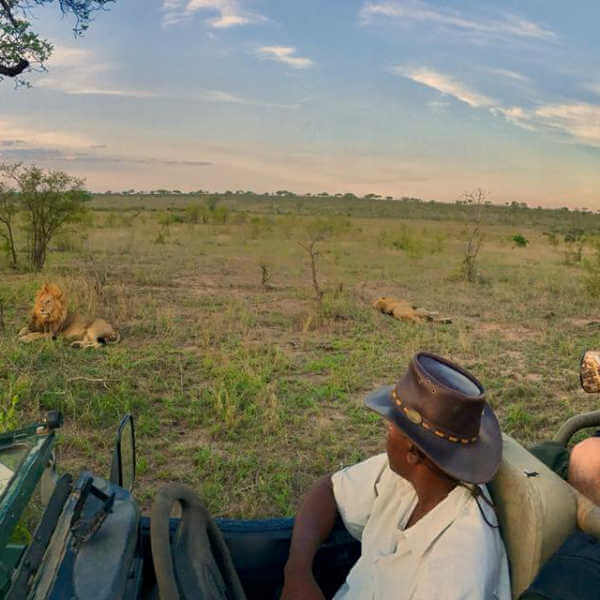 Find out what our clients say, or write your own review about your experience with Rhulani Safaris

My wife and I wanted a photo specific safari in South Africa that could offer a personal photo experience. As an avid photographer, I wanted a complete row in the vehicle for myself and my equipment. We also wanted an experienced photographer/guide who would situate us for the best photo opportunities. We corresponded with the company’s owner Armand Grobler and Theresa Grobler who were both very responsive, even with the 9-hour time difference. We booked with the company for an 8-day adventure. We were not disappointed.

Armand quickly picked up how I wanted to shoot and what interests my wife and I had in terms of sightings. Most Kruger area safaris focus on the Big Five which are Lions, Leopards, Cheetahs, Buffalo, and Rhinos. We saw them all in the first few days. Armand was just fabulous to work with and his two quide/drivers were courteous, knowledgeable and very helpful. We spent the warm afternoons doing photo reviews. Armond critiqued my images and we chose some of the best for editing. It was his personal touch that I appreciated. I've been on three photo excursions in past years including Botswana, the Galapagos and Antarctica and I would rate Rhulani Safaris and Armand Grobler number one on my list.

Armand goes out of his way to make sure that one has a good experience.
With his knowledge and absolute dedication you are sure to have an incredible experience with amazing sightings and photos to admire for a lifetime!

Armand, I am so grateful that one of your previous clients shared your link. Your safari was amazing. I loved the way you interacted with everyone and made time for us all.

I learnt so much from you and I am so thrilled your book is doing so well.

You really do look for unique photo opportunities and I love the fact you introduced me to the more artistic side of photography.

Thank you so much for an excellent safari and I am looking forward to doing more with you in the future.

Would I recommend you to anyone else? In a heartbeat and with no reservations.

Breath taking sightings, comfortable accommodation,
super meals, but most off all excellent photographic
guidance by Armand. The ranger made sure that the
vehicle is parked everytime at the best angle for the perfect
Shot. Do it, you will have any regrets.

What an incredible experience! From delicious food and luxurious accommodation, to incredible sightings and fantastic service, we enjoyed it all with Armand and Rhulani Safaris.

Having been on previous safaris with other companies, we know our way around the industry. Every company has its strengths and weaknesses, however after careful consideration - we will look no further than Rhulani Safaris when booking a photographic trip in South Africa!

Well done to everyone involved in making our safari such a special trip. Thank you!

Armand truly goes out of his way to ensure every guest has an outstanding experience and every need is taken care of.

Elephant Plains accommodation, food and amenities were fantastic, but what really made it special was the Head Ranger, Dylan.

Between Armand and Dylan, we had many amazing lion and leopard sightings, even leopard cubs on two occasions. We saw wild dogs, many grazers and so much more.

Armand is an expert photographer that helped everyone with camera settings and what would make interesting photographs, at each sighting.

The workshops came with a workbook and very useful tips. Armand even made time to give me a private session on how best to use the camera.

The only downside was having to leave, but we leave as friends. We travel frequently but this safari has exceeded my expectations and left a lasting impression. I look forward to many more excursions with Armand.

After buying a book from Armand, we were curious to experience a safari with him, and it didn't disappoint!! Armand's knowledge with photography is beyond his age and with all the incredible sightings we had in the 5 days, I couldn't recommend Rhulani Safaris high enough!! Thanks so much for the impeccable service and we look forward to being back on safari with you again!

The sightings were quality and excellent. Drivers positioned the vehicles correct for the optimum photo opportunities. Armand has a very large and in-depth knowledge of the area and the subject matter. His photo tips and guidance really helped with the camera settings and framing. All that was promised and a bit more was certainly delivered.

Martin
by Martin
What a privilege

I contacted Armand based on a recommendation and he arranged for me and my daughter a 6 night trip in Manyeleti. We wanted to take photographies of big cats and as this was her first game reserve trip my daughter was also open for every other wildlife.
And we got it all - wild dogs, leopards, hippos, a serval, tons of elephants, Rhinos, ...
And the camps that Armand selected where perfect. We had family atmosphere, great food, everything was taken care of, .. it was way better then I had expected (and this was not my first safari trip).
Together my daughter and I took about 3000 pictures and meanwhile we have a very nice coffee table book with about 300 shots. When ever I take this book in hand, my thought return to this wonderful place and the perfect experience that we had with Armand.
Thank you for the privilege of being your guest !

Following a totally unfortunate situation for some guests ..I was asked if I would like to have the Rhulani experience .What an experience from the weather to the food and for sure the greeting of an elephant at the camp and the sightings in Manyeleti and the opportunities to make some MAGIC photos .Armand thank you so much for such an opportunity.It was an unbelievable experience and hope that one day I may do it again .

The whole trip was perfectly organized. Communication, planning, service, accommodation, sights - everything was just perfect. We really had the greatest experience possible. The tour was even more exciting than we had imagined. I would really like to recommend Rhulani Safaris for photo safaris or just for getting an impression of this beautiful country and all of the animals living there. People at Rhulani Safaris really do their best to make this experience unforgettable. We will go there again as soon as we have vacation that is long enough 😉

We had the privilege to be on a Rhulani Safaris photographic safari in the Greater Kruger National Park (GKNP). As South Africans, we have been to the GKNP many times before, so we thought we knew what to expect. We were wrong! This safari surpassed our wildest expectations. Everything was meticulously organised by our host, Armand Grobler, the owner of Rhulani Safaris. We stayed deep in the south of Manyeleti Game Reserve in a beautiful unfenced camp. This is raw and authentic Africa. The night sounds were deafening, from the rasping call of a leopard, hyenas whooping, lions roaring, to the prrrt-prrrt of the scops owls. Since there are few other lodges in this area we found all of the sightings without any assistance from other lodges and we were the only vehicle at most sightings. This meant we could stay at the sightings as long as we wished. And we were blessed with fantastic sightings!! We went from the heights of seeing a massive pride of lions walking in the road and a leopard drinking water next to our vehicle to the despair of seeing an injured lion cub being harassed by large male lions. At some point I wished we could press pause, since it was too overwhelming to experience all of this in such a short space of time. At each sighting, Armand ensured that our vehicle was perfectly positioned to make the most of the photographic opportunities. Rhulani means "peace" - not only did we have the peace of mind that our photographic dreams were in great hands, but we also discovered our own peace by being captured by the magnificence of nature. Thanks Armand and Rhulani Safaris!!

Marcelo
by Marcelo
Caring people who sorted me out with one of the best experiences of my life.

I had to plan part of my trip "last minute". It was hard to find accommodation.
Still, Armand, Elardus and Theresa were awesome!
I got a place to stay and they kept contact during the whole process and stay to make sure I was having a good time.
Great safari and great experience. I'm very glad I met them and recommend their services without questioning.
You will be in good hands!

Our safari tour with Armand was absolutly amazing, exceeding all our expectations. We came very close to all the animals, granting us phenomenal photographs. Not only did we have close encounters, we also received the most knowledgeable information throughout every game drive. We will be forever greatful for the wonderful experience. Thank you!

We had the opportunity to meet Armand on our recent trip to Kruger. He was an excellent guide. After three days of no lion sightings with other guides, he found us not one lion sighting but three, and the elusive leopard all in one day.

Not only did he provide an excellent tour full of education about the animals, plants, and region he also is a man of great integrity. There was another safari tour that had gotten a flat on the side of the road. He took the time to help them change the tire. I think this is a great example of his character and professionalism as a guide.

I would highly recommend going on tour with Armand. He was great at engaging us throughout the entire and experience and finding some amazing animal sightings! Thank you for everything Armand!

Oh by the way he is also an amazing photographer.

What a joy to spend time with Armand from Rhulani in the Kruger!!! He is such a warm person and we enjoyed his laughter and fun personality tremendously. His knowledge about the Kruger, the animals and the bush was awesome and we learned a lot. We saw everything there is to see in the Kruger, it was as if the animals was drawn to Armand. A male lion even walked past us so close we could touch it! Armand made our visit to the Kruger so special. I will definitely use Rhulani again! Thanks guys, many blessings on your work!

My a husband and I had an absolutely unbelievable time on Safari in South Africa. Our tour guide, Armand knew exactly when and where we should be to get the best advantage points. We were privileged to see at least 6 different species each day. It was truely amazing and we were so blessed to have the tour guide we had.
I would recommend Rhulani African Tours and Safaris to anyone wishing to have the best time ever.
Thanks again Armand for being a brilliant guide.

We have done lots of safaris but this one stood tall over all of them.

We were personally picked up on our arrival at airport by Mr Armand Grobler. A very dynamic, energetic and charming young entrepreneur. Everything was taken care to make us feel a welcomed. Attention was given to have special activities for our 2 girls, 11 and 13 age.

We saw all the big 5 up close, with total respect for the wild life.

In short we loved and truly recommend the experience.

Look forward to our next time