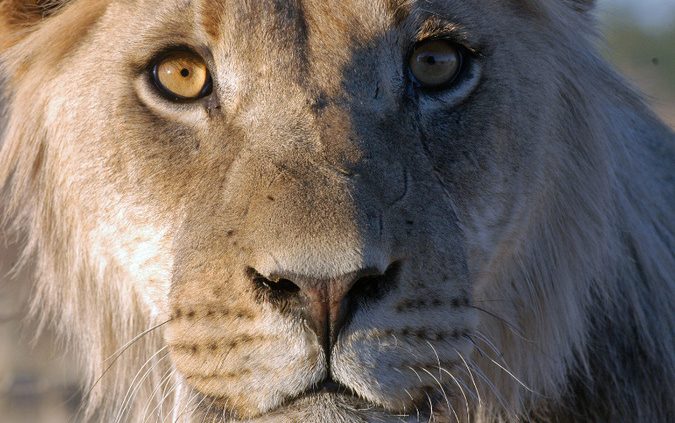 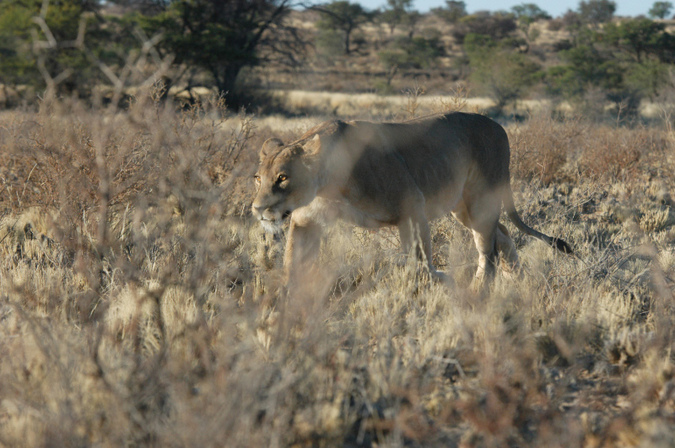 Written, and photographs, by Jane Ludlow

This particular sighting happened on our yearly excursion to the Kgalagadi Transfrontier Park in South Africa. During the night we had heard lions roaring, so when morning came we were quick to get out onto the sandy roads to try and locate them.

The roads up in the northern Kgalagadi are very narrow and very sandy! The grader routinely does a good job and the result is sandy ridges on either side of the road and –  relatively speaking – a sunken road. 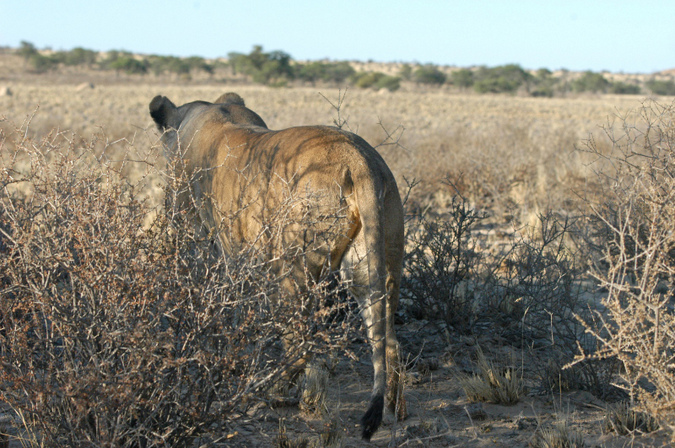 Well, since I kept trying to get a good shot of a potential killing I needed my husband, Jim, to reverse a little bit to avoid the camera from focusing on the bushes between us and the lioness closest to us. So he did – very, very slowly – and I was supposed to say “when” when the vehicle got into a position that provided the perfect shot.

The “when” did not come, so Jim kept reversing one centimetre at a time.

Meanwhile, to my utter surprise, I found myself looking not at the closest lioness anymore, but straight into the amber-yellow eyes of a young male lion sitting on the sand ridge half a metre from my face! Jim continued reversing and the lion and I had ample (very ample) time to really look at each other nose-to-nose. He was close enough to lick the window! 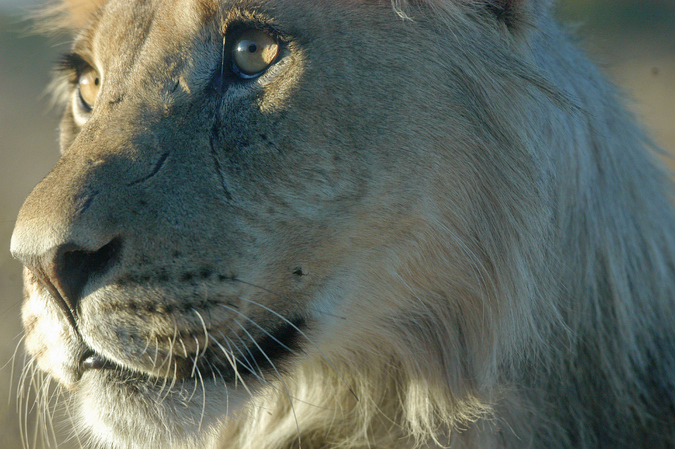 Up close and personal with the young male lion © Jane Ludlow

Jim, who by this time had got tired of reversing, stopped and he too saw what I was looking at, rolled up the window and asked why in a million years I did not react?!

I think my gut feeling said “Do not move” and since the lion must have had a similar gut feeling we just continued to look at each other for what seemed like forever!

Luckily I managed to get one shot of him before the window was up. I think the photo says it all!

Funnily the lion must have had some excitement too. He dashed over to who I think was his mom, and started nuzzling her as if to get comfort. She, being fully intent on the hunt, just sent him off to a position that would form a triangle and thus augment the chances of a kill. After a few minutes, though, he made a whelpish move which alerted the wildebeest who immediately took off… 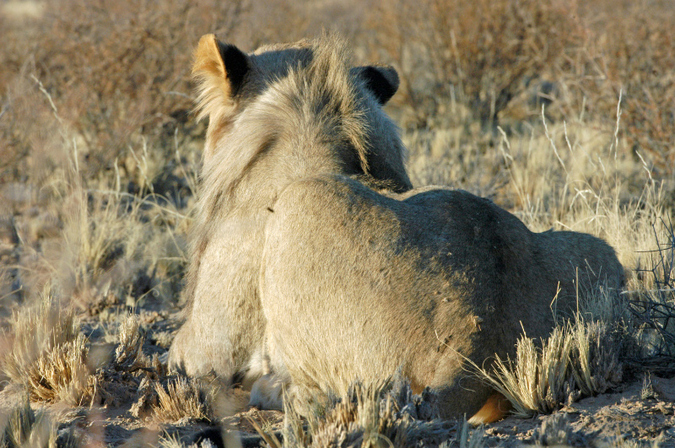 The lion in position to help with the hunt © Jane Ludlow 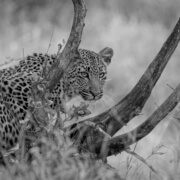 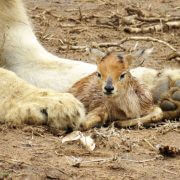 WHEN THE LION LIES DOWN WITH THE LAMB 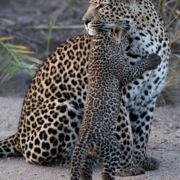 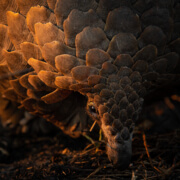 WHAT IS A PHOTO SAFARI? 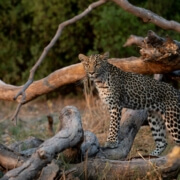 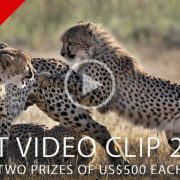 Africa Geographic: The winners of our Best Video Clip 2018 competition
WHEN THE LION LIES DOWN WITH THE LAMB

Africa Geographic: The winners of our Best Video Clip 2018 competition
Scroll to top