Armand Grobler is a South African born professional wildlife photographer that has spent over 10 years working in the African safari industry, sharing his passion and love for wildlife with guests from around the world.

Despite being born in South Africa, Armand grew up on the northern beaches of Australia where he followed in the footsteps of his childhood hero: Steve Irwin. He spent weekends catching snakes and creating miniature wildlife documentaries imitating Steve, matching him with passion and a deep love for animals. He also participated in several wildlife conservation programs including the YATZ Programme at Sydney’s Taronga Zoo where he quickly excelled into leadership roles.

At the tender age of 13 Armand gave his first official reptile show to an audience of over 100 people, growing in confidence as he handled some of Australia’s most venomous snakes, largest lizards and terrifying insects. At 14 years old Armand was already employed at the local pet store, learning valuable social skills – skills that would eventually prove crucial in the safari industry.

In 2012 during a holiday visit to South Africa’s Kruger National Park, Armand decided to leave his life of comfort in Australia and pursue a life of adventure in the African wilderness. This decision was prompted when he came face-to-face with his first ever wild leopard, being completely captivated by the cats indescribable beauty. This moment would ignite a life-long journey of adventure as he explores the African continent, photographing its unique wildlife while trying to capture that perfect image.

In December 2021 Armand published his first high quality coffee table book that has been commended by almost all of South Africa’s top news agencies and magazines. This includes SABC News, The Citizen Newspaper [featuring on the front cover], Getaway Magazine, Sarie Magazine, The Big Issue Magazine [featuring on the front cover] and was recognised along legendary writer, Wilbur Smith as one of ‘South Africa’s top 10 books to read’ in the Upscale Living Magazine Summer Edition.

Along with the project work, Armand hosts Rhulani Safaris‘  photographic tours in the Sabi Sand, Manyeleti, Okavango Delta and Kalahari regions of Southern Africa, and is currently busy working on a second publication in Botswana.

Today he is a passionate, sought-after photographic guide that spends approximately 300 days a year living his dream as he explores and captures Africa. You can join him on a safari or get in touch via Instagram or Facebook and follow his adventure as he goes in search of capturing Africa’s soul.

If you’d like to know more about his current book publication, please contact him at armand@rhulanisafaris.com for more details.

‘You can change the world, one passionate step at a time.’ – Armand Grobler 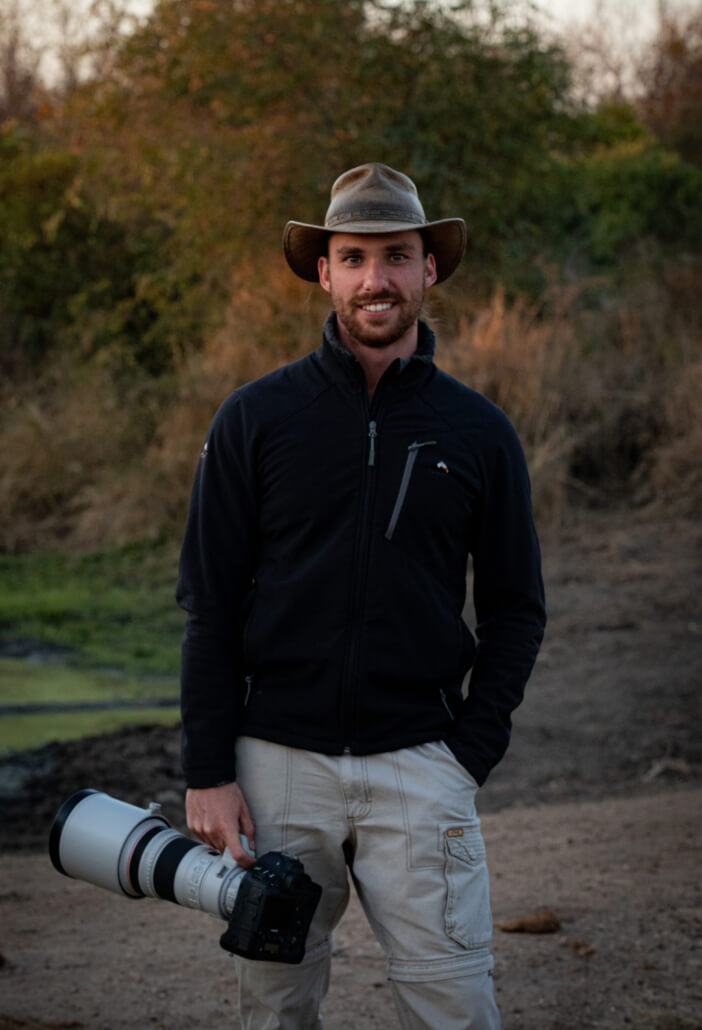