The Sabi Sand Game Reserve is renowned for its particularly high density of big cats – especially the leopard – however not even that knowledge prepared us for the first afternoon safari!

Hosting a couple of return guests as well as a few ‘first timers,’ there was great excitement in the air as we set off on our safari shortly after a delicious lunch. The safari brief was short and sweet with smiles of anticipation on everyone’s faces. The afternoon air was crisp as we encountered many beautiful animals including giraffe, kudu, waterbuck, elephant and even buffalo, but no leopard… A tasty sundowner stop was enjoyed as we watched the sun slice through distant cloud cover, and after searching for spots for almost three hours, it was time to return to the lodge for dinner.

It was then, that we unexpectedly came across not one or two leopards, but four!! A distant visual into the Londolozi Game Reserve gave us a glimpse of what was to come before a fellow guide at Elephant Plains lodge found a young leopard female walking on the road not far from us. After losing her in thick scrub, we left the sighting and stumbled across another female with a 12-month-old cup displaying magnificently on a fallen down log. Using spotlight we captured incredible images, as both leopards eventually jumped into a Jackalberry tree, feasting on an impala kill. It was all smiles and laughter that evening as we enjoyed our mouthwatering dinner.

Across the following days we enjoyed plentiful sightings such as elephant with tiny calves playfully charging the vehicles, leopard mother and tiny cubs hopping along the road, African wild dogs on the hunt and lions enjoying the warmth of a winter morning on a dam wall, providing out guests with spectacular photographic opportunities. Here is a small summary of our top three sightings.

Wednesday 8th June. The day started out freezing cold at only 7 degrees Celsius as we started our safari in search of the iconic African big cats! Moments before sunrise, we came across a female leopard cub walking casually down the road, followed by what can only be described as two colorful balls of fur – CUBS!!! When the cubs initially saw us, they ran for cover on a termite mound, forcing mum to wait for them before returning on their morning walk. She waited patiently, also allowing us to view her beautifully before the cubs finally emerged from the mound. Once settled, they continued their walk into the Manyeleti River where we could photograph interaction between mother and cubs – a sighting neither myself or my guests will ever forget! To be in the presence of such a magnificent animal, and her cubs is a privilege beyond what words could ever explain!

Thursday 9th June. We had struggled that morning to find any big cat, so we were very determined to make up for it on the afternoon drive. Our guide received news of two leopards on a kill and we went straight there, arriving across quite an unusual scene. It is frequent to find a male and female leopard together at a kill sight, despite the female usually missing out on most of the meal, however we came across two rival females in the same sighting, seemingly un-phased by each other’s presence. The one female was feeding high in a tree on a duiker kill, while the other female was close by, waiting for any scraps to fall. An interesting point to note was that both females have tiny cubs, which could explain the fact neither wanted to embrace in conflict. We left the sighting and returned later to continue our photography, only to find the female had moved the kill into a neighboring tree. An unusual sighting that has also proven the unpredictability of nature!

Friday 10th June. It had already been a successful safari with fantastic photographic opportunities presented along the way and this particular morning was no different! We started off with a large male leopard escaping the sharp smell of several prowling hyenas, and it was interesting to watch his behavior as they approached, retreating only a short distance trying to get them off his track. However, a hyena has a phenomenal sense of smell and they kept on following him despite his tactics. We then left the sighting and bumped into a pride of 8 lions sleeping lazily in the Manyeleti River! Seeing lions on a sandy plane is always a treat and makes for some beautiful photography! A final yawn signaled it was time for us to leave the lazy cats and enjoy a final scrumptious breakfast before departure.

Sightings we enjoyed include:

All in all, a successful safari that ended off the same way it began – CATTY!

Our next Sabi Sand Big Cat Photo Safari available is August 22 – 26 then October 3 – 7 if you would like to join on this incredible BIG CAT adventure! 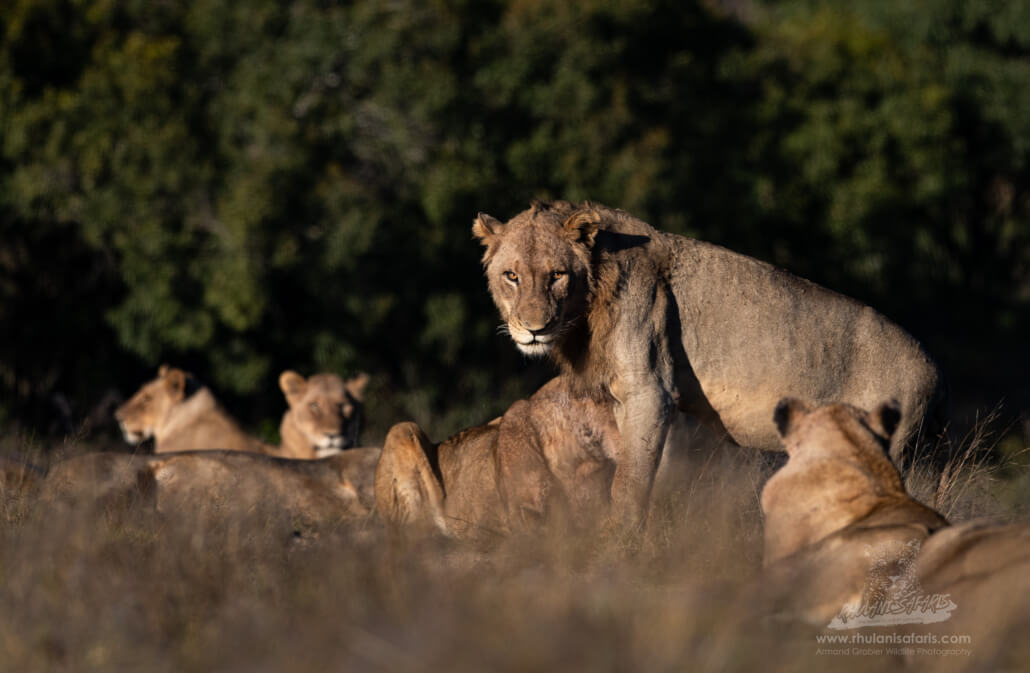 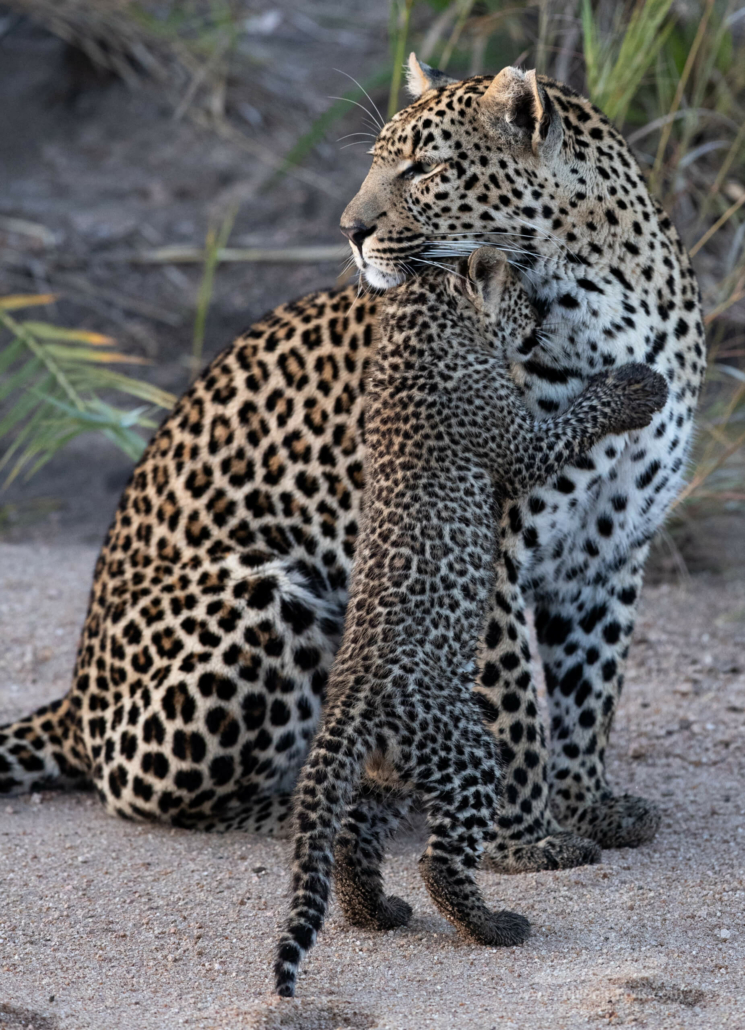 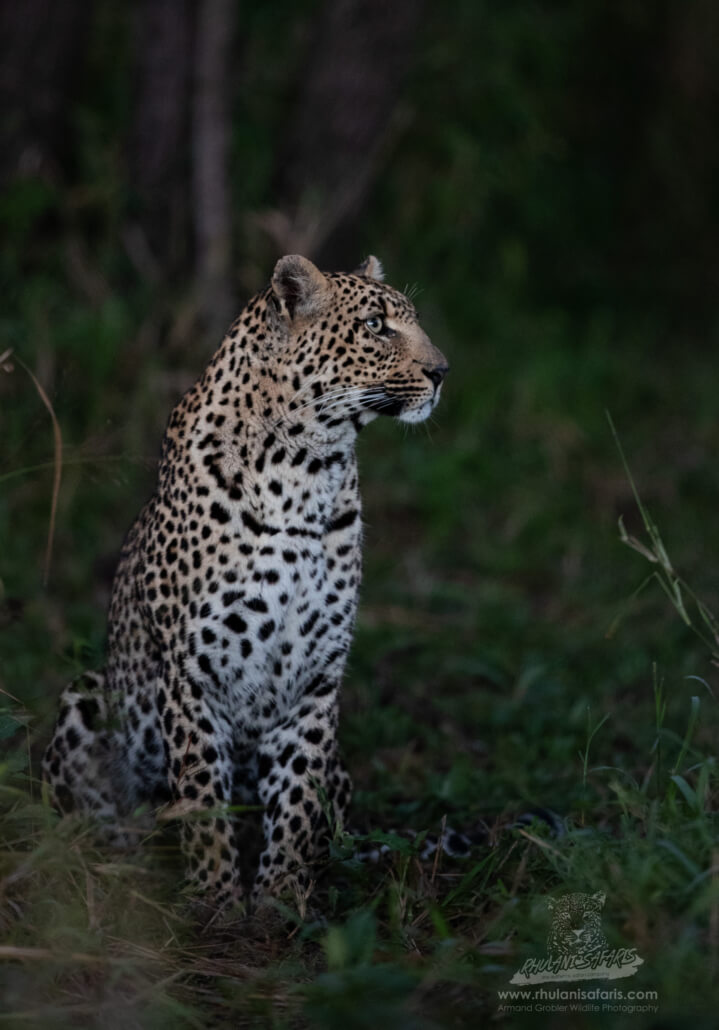 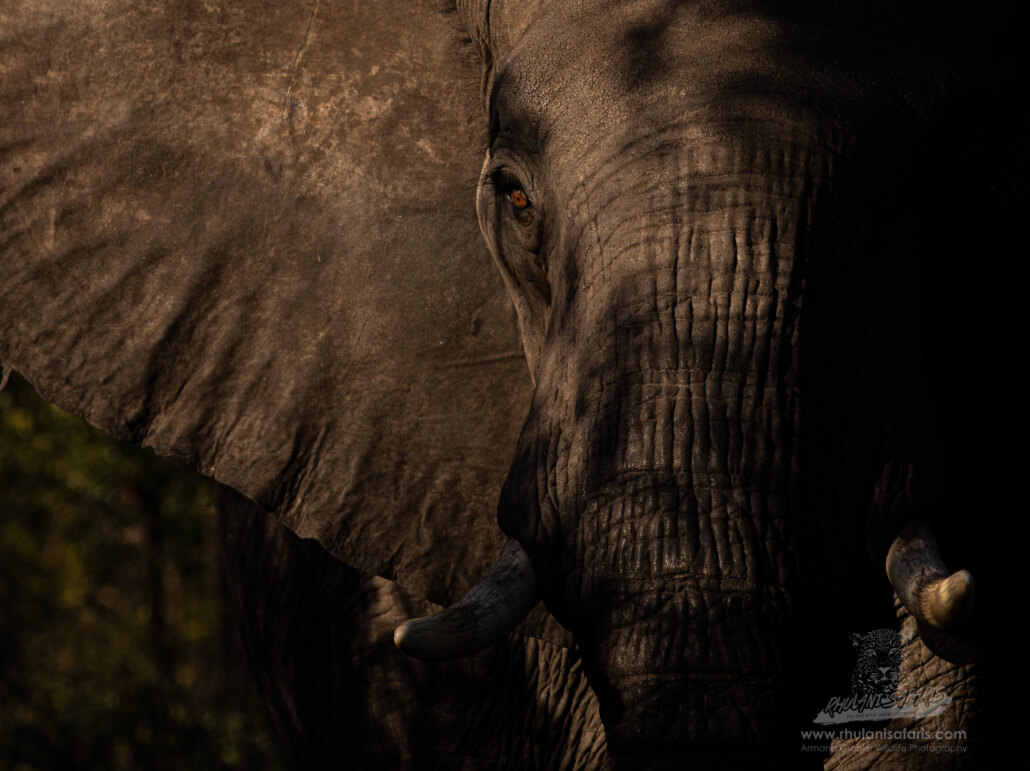 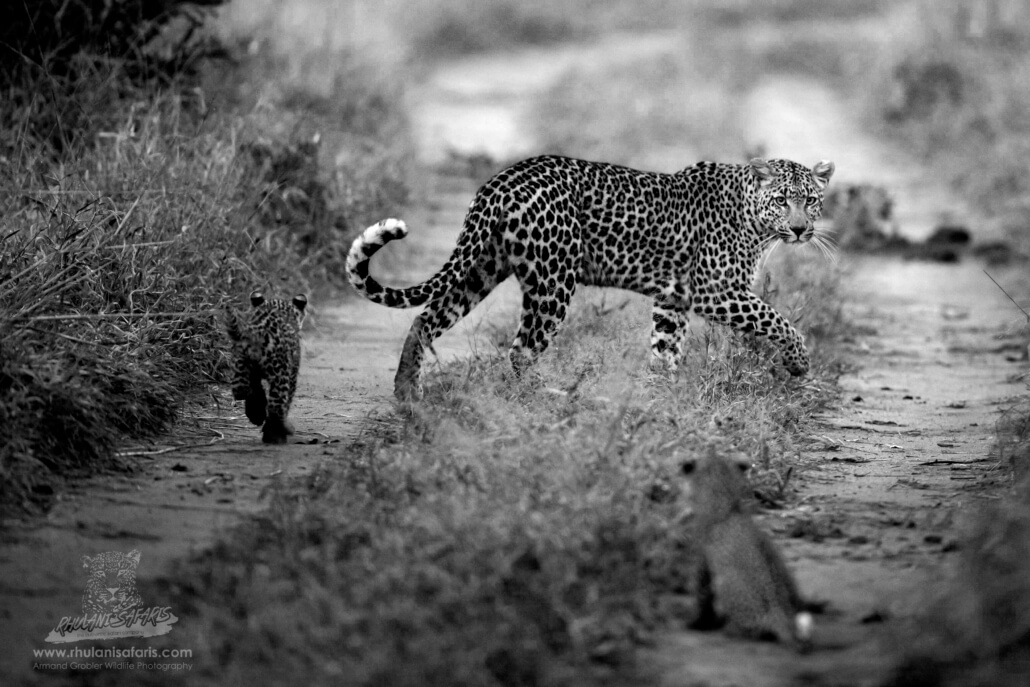 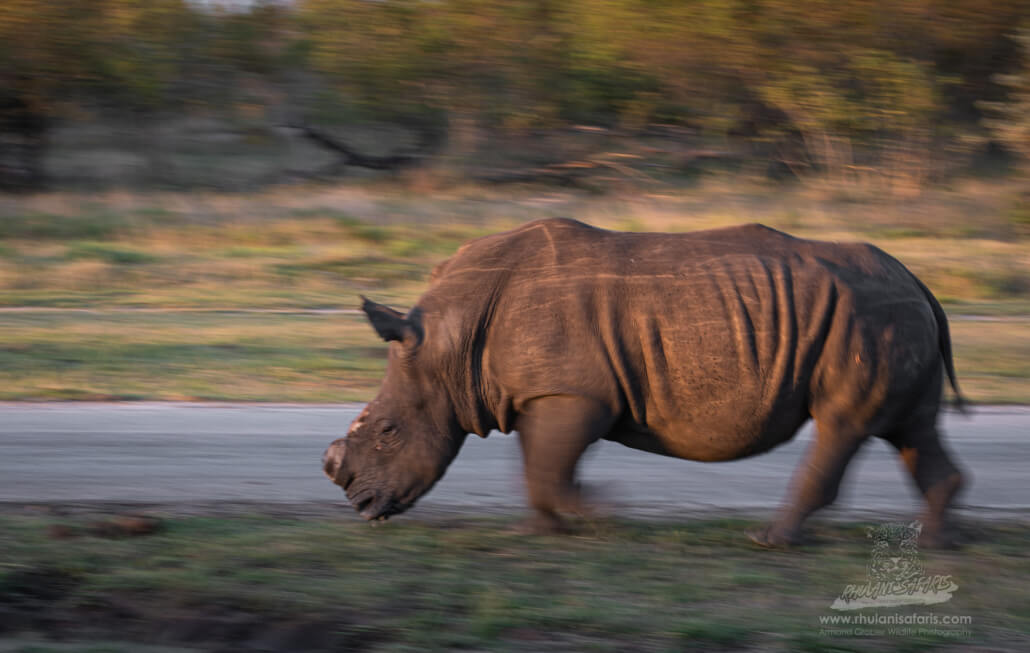 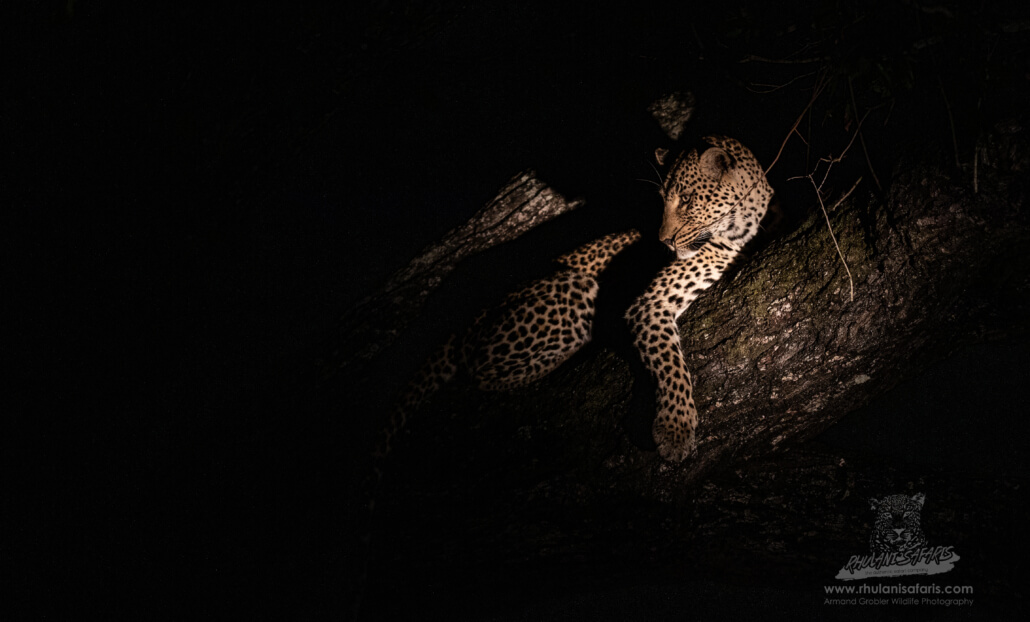 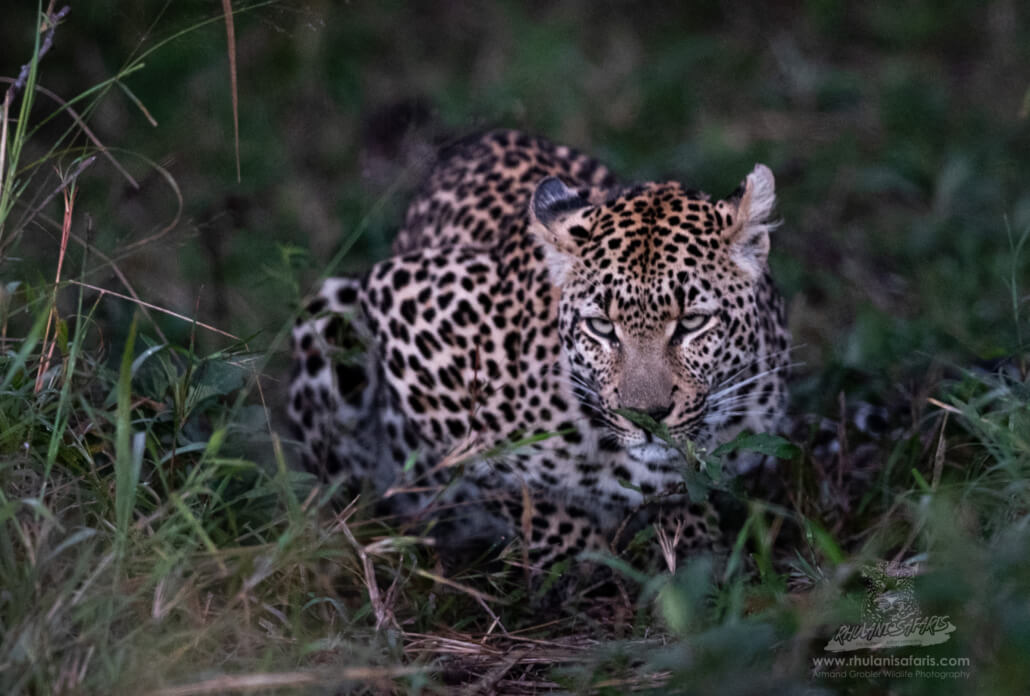 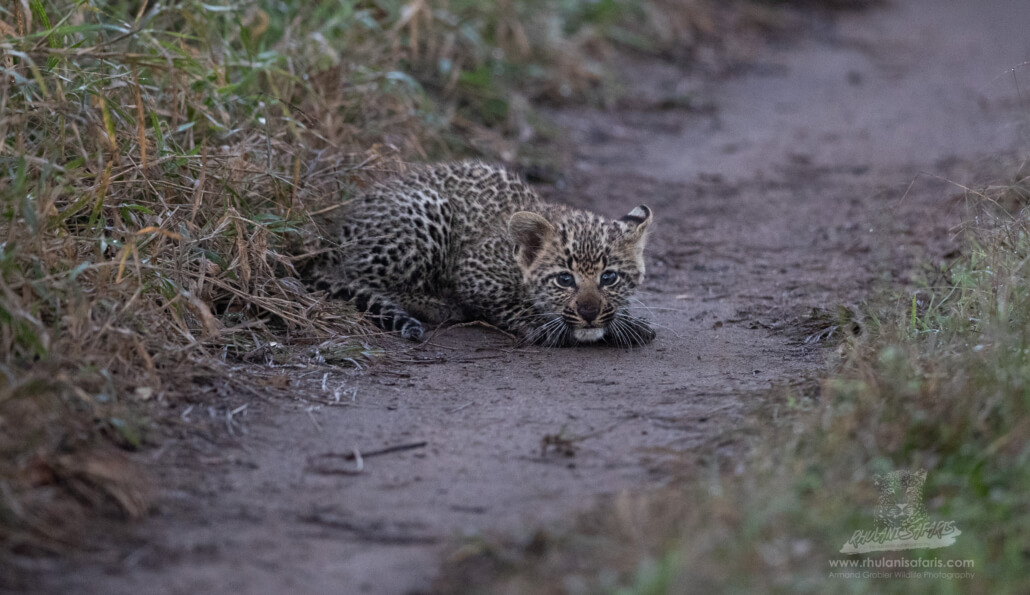 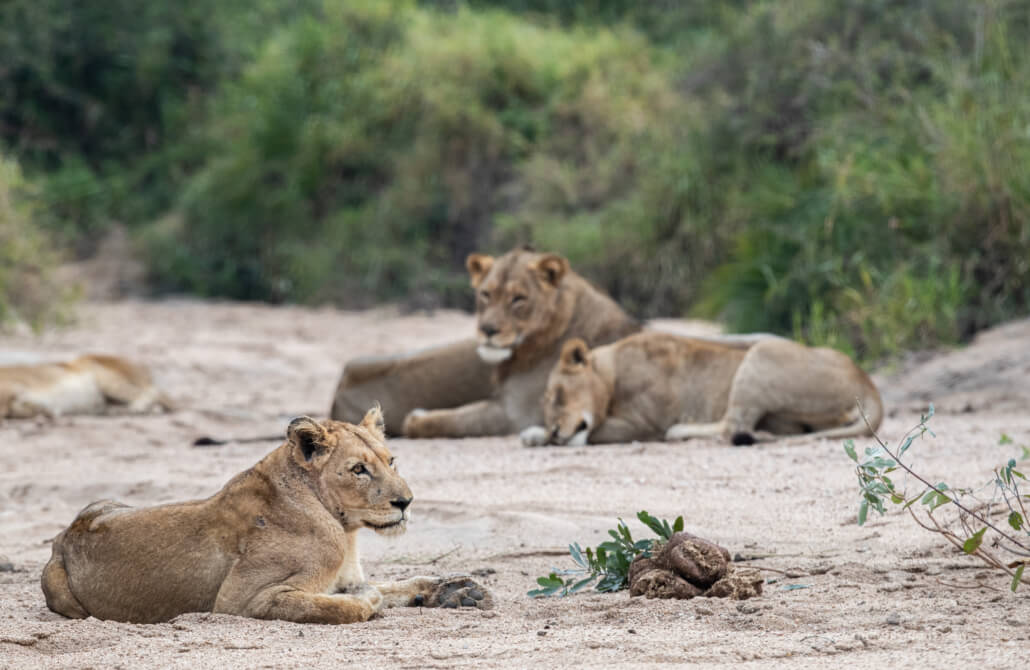 Africa Geographic: The winners of our Best Video Clip 2018 competition

WHAT IS A PHOTO SAFARI?
Scroll to top